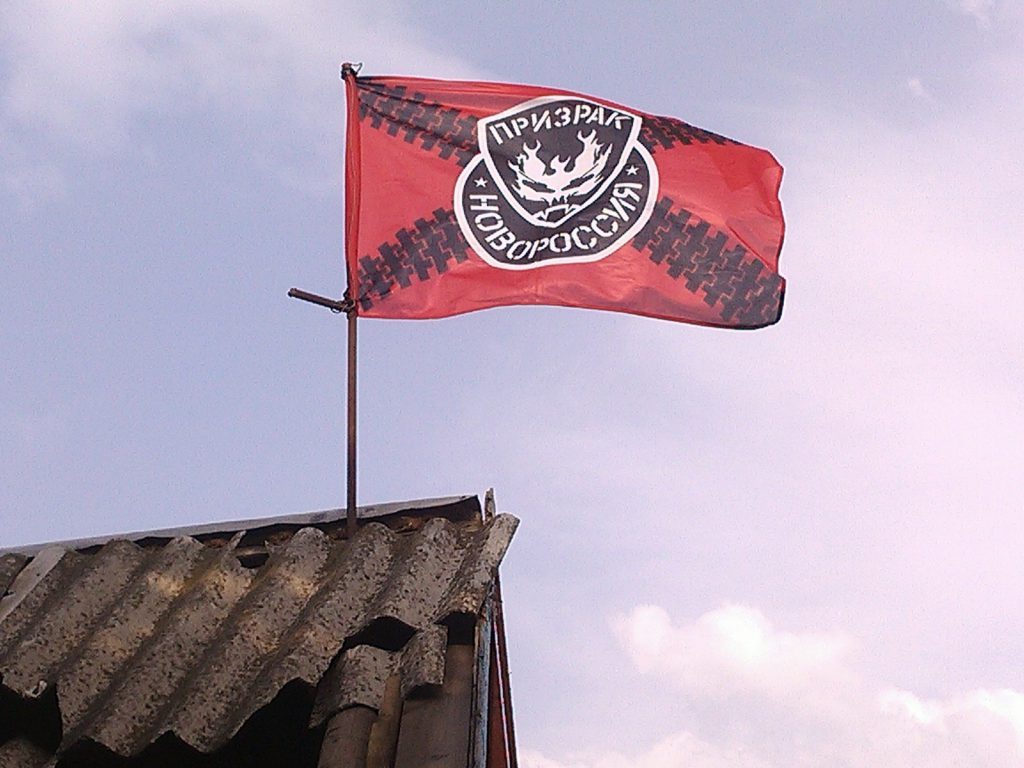 June 9: In connection with the recent panicky rumors on social media that the Ghost Brigade has surrendered northern Zhelobok after heavy battles, I want to officially say: #ЖелобокНаш! [ZhelobokIsOurs!]

True, after the battle most of the village looks like this: 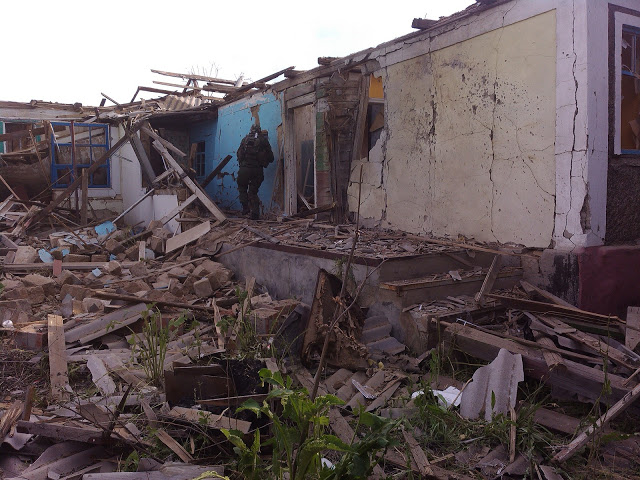 And the alleys between the destroyed houses are strewn with shells of all calibers: 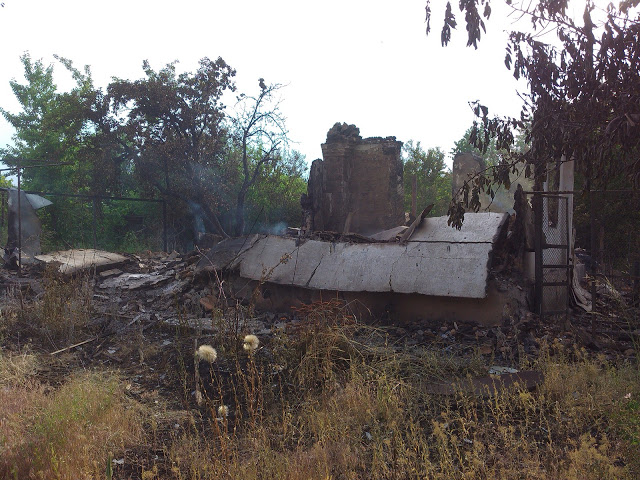 Near the last houses at the edge of the village are Ukrop trophies, abandoned by the “knights” during their hasty flight: 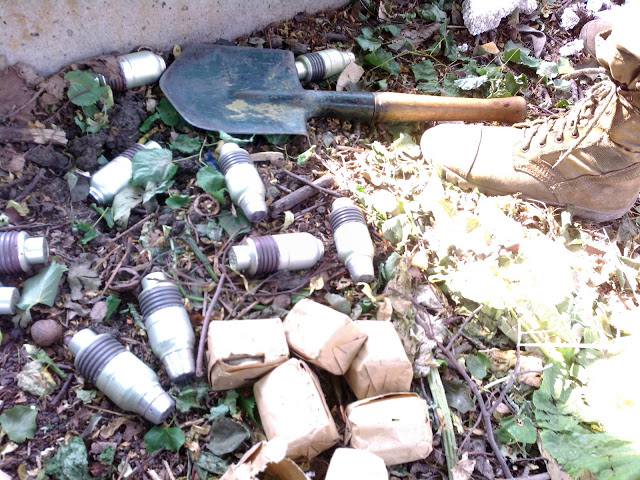 However, not all of the “slave masters” managed to flee on their own two feet. Judging by the amount of blood on abandoned clothing and ammunition, instead of six hundred hectares of Donbass earth, some will have to settle for only two meters [a grave]: 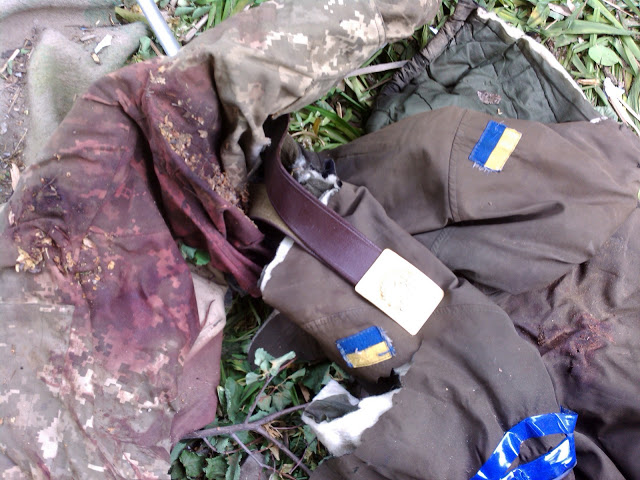 The last Ukrop, located in Zhelobok today, was taken into custody with the mediation of the Union of Afghan Veterans, for later transfer to our “dear partners.” 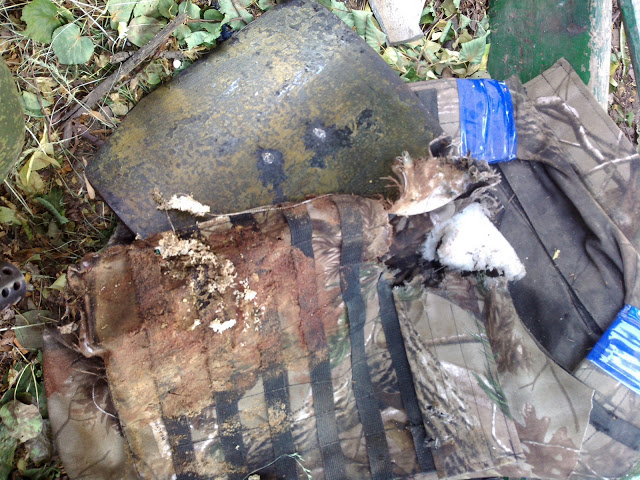 In general, the situation at the front can be characterized as stable-heavy. The Ukrops correctly judge their advantage in manpower and armament, but so far no significant results have been achieved. Until the “gray zone” no longer exists, and after the “peaceful” phase of war 2016 with its shelling from a distance, it is rapidly turning into close-range combat like World War I, with a solid line of defense and daily firing of the anti-tank guns, capable of causing any deputy to turn gray.

P.S. Taking off my armored vest today and squeezing through the wet “birch”, I painfully tried to remember who was the first to voice the sacramental phrase: “I’m too old for this shit”? But, judging by the happy faces of our crowd, the last Soviet generation is still quite capable of inflicting painful blows on Banderist Nazi swindlers. For our cause is just, and victory will be ours!