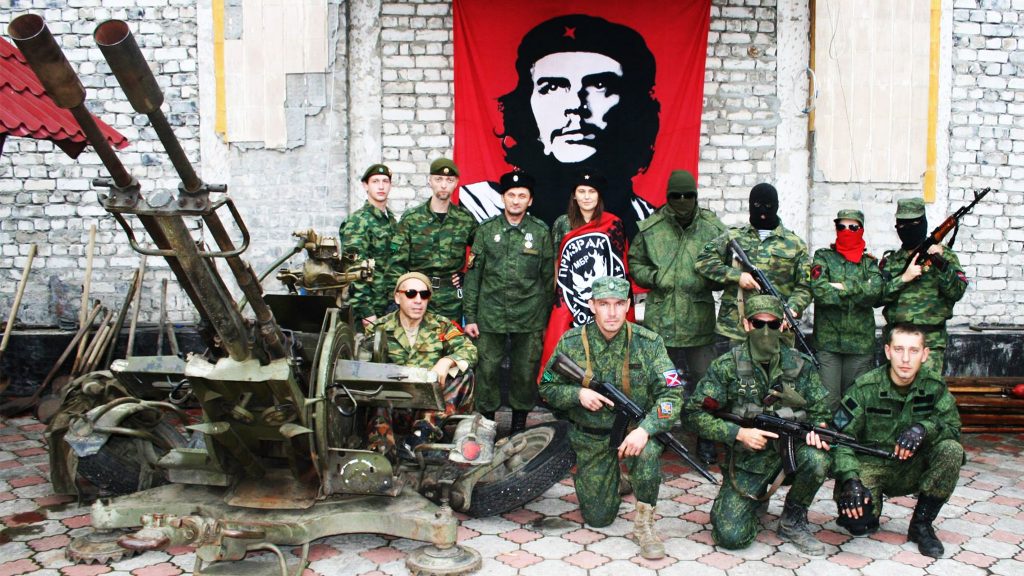 Following, InterUnit’s statement on the suspension of it’s military activities.

InterUnit is a political-military group founded by internationalists in 2015 to support the resistance in Donbass and the struggle of the most progressive of the local groups, the Prizrak.

We are following the best examples of antifascist and internationalist experiences of XX° Century: the Spanish Civil War, the European Resistances and the liberation movements of the last 70 years.

Since summer 2015 we are fighting in the north-west front line of Lugansk’s People Republic.

Donbass Resistance is doing everything possible to implement the “Minsk II Agreement”. We are not attacking the Ukrainian Army anymore. There are still daily clashes and people still die, but day after day the warlike activities are less. We are having a situation of “no war and no peace” that might go on for several years.

Given the new political scenario we believe that soon the diplomacy will find an agreement for this situation, probably starting again from the document signed two years ago.

We don’t want to impede the peace process because Donbass People still trust on it, and that’s why we made our commitments.

InterUnit experience gained several goals, in the war and politically. It’s not necessary to talk about the war now but, politically, we gave a big contribution to this struggle. We build a bridge between the Donbass resistance and western antifascist movements, a connection for information, solidarity and recruitment. Almost 30 fighters joined InterUnit, coming from Chile, Finland, France, Germany, India, Israel, Italy, Poland, Spain and USA. We built strong relationship with several political and military movements all around the world and this is why in western countries the Donbass war is in the political agenda of many antifascist organizations. Our job made it possible for Prizrak to become the most famous Donbass group in western countries.

We will be forever grateful to the comrades that supported InterUnit and Donbass from all around the world by traveling here, organizing meetings, collecting aids, documentaries, articles, books, etc.

Donbass circumstances have developed. Prizrak itself is changing, it’s not the time for popular militia and partisan war anymore: now a regular army has to be built. This is something different from our project and it’s time to make a change also for InterUnit. We are a political-military group, a status that doesn’t match well with regular army.

We think that our effort now could be more useful in some other way.

For all those reasons, InterUnit decide to suspends the military activities in Donbass.

InterUnit is not over, we will be ready to go back in action quickly, here or somewhere else in the world.

We’ll never stop our internationalist struggle, hoping that our example will push more comrades to fight.

This war is just a piece of the wide conflict that is burning all around the world. We are keeping on fighting for freedom, justice and peace and against fascism and exploitation. Onwards to victory!